“Failure Is Not An Option” 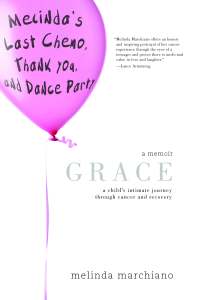 Grace: A Child’s Intimate Journey Through Cancer and Recovery

May the children suffer no more….may parents forever have their children…may all who turn a blind eye and think that this will magically happen by itself have their minds and hearts opened to who will actually propel change- them…us…you…me… ♥ ~Melinda

This is an excerpt from PAC2’s interview with Kathleen Ruddy, the Executive Director of the St. Baldrick’s Foundation.  This year, St. Baldrick’s has raised over $32 million dollars for pediatric cancer research. I cannot mention fundraising and St. Baldrick’s without giving a huge shout-out to ladies I love with all my heart, the 46 Mommas. I love how Kathleen Ruddy compares the mission of winning the “war” on childhood cancer to previous U.S. ambitious missions, like going to the moon…

In 1961, when President Kennedy challenged America to send a man safely to the moon and back by the end of the decade, he didn’t say, “but only if we stay within a certain budget.”  The goal was the moon, and the reason to shoot for the moon was to expand human knowledge, extend man’s exploration, and advance science.  He also acknowledged it would be hard and expensive.  We have no less ambitious a mission, and probably a more difficult one.  It’s also more precious as our children’s lives depend upon it and with them, our future.

The notion of shared sacrifice is something our organization was built upon.  The World War II generation understood that each citizen must work and sacrifice together to achieve victory.  Our country came together again to win the space race.  It’s time we pull together again to finally win the war on cancer, and ensure that children fighting cancer not only survive, but thrive.

This excerpt makes me think of a lot, including my brother Nicholas. When he was ten years old, someone asked Nicholas what his favorite movie was.

(Yes, the person’s jaw dropped as he pondered the uniqueness of this ten-year-old’s choice in movies!)

***Funding for pediatric cancer research is critically low. Children have NO VOICE.

“Houston, we have a problem.” ~Jim Lovell

***Far, far too many children are being tortured and taken away…

“So long Earth. Catch you on the flip side.” ~Jack Swigert

***Kathleen Ruddy is correct. If our country will pull together with meaning, purpose, focus, and sacrifice, we can win the war against childhood cancer.

“With all due respect sir, I believe this is gonna be our finest hour.” ~Gene Krantz

***With seven children dying each day from cancer in the United States, it absolutely must be time—right now—to pour money, time, sweat, and guts into ending childhood cancer. We must treat this reality with the urgency it requires. Because…

“Failure is not an option.” ~Gene Krantz

Failure really is not an option. Warriors, like Lane, continue to fight while we either decide to act, or stand aside.

“This morning has been a little better. Lane is a lot more lucid & calm 🙂 God is working really hard through Lane, us & others to bring awareness/funding/ cure to Childhood Cancer! We had a wonderful visit with Congressman Ed Whitfield, District Director Michael Pape & Field Representative Edward West. Lane was sleeping but he was excited to get the US Flag that was flown over the Capitol in Honor of him. We will have a big announcement this weekend :)”

1, Excerpts, Posts from the Author

This Symphony will be a Masterpiece– “Music” to Change the World

What I Know About Lance Armstrong