Hairless or With a Head Full of Hair

I have been unable to focus on much else this week, but my upcoming shave for St. Baldrick’s/Pediatric Cancer Research tomorrow at Oakland Children’s Hospital. Friends are asking if I am nervous, and all I feel is excitement! I can see faces cringing back at me in horror, as they ask themselves (yes, faces ask themselves questions all the time,) how can this terribly deranged girl feel such a thing?

Any family who has been touched by childhood cancer knows why I am excited; they know exactly why I have chosen — this time– to go bald. When I read of another child who passed today, from childhood cancer, I fought back tears. Then, I decided I would let them go. I decided I would let that feeling of pain and torture and loss and helplessness and hopelessness penetrate my soul.

Now, I ask you to do the same. Imagine our most precious, most delightful humans on Earth suffering and dying from cancer.

I ask you now, “Would you not do the same to help them?”

Childhood cancer will continue its terror unless many, many of us do something. The “something” I can do tomorrow… through the help of many thoughtful and generous friends… is raise money for research that will help strangle the enemy called cancer.

Oh yes, cancer is my enemy. I will happily let those hairs fall to the floor tomorrow. As each individual hair falls to the floor, each one carries with it a prayer for the end of childhood cancer and a commitment to do all I can–hairless or with a head full of hair. 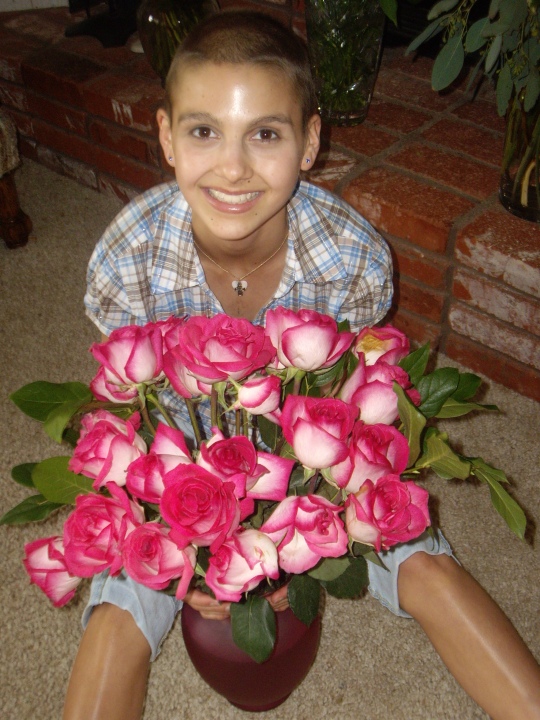 I just hope I don’t scare anyone… especially Debbie!

Mom and I were on our way home in the car, and we slid to a stop at the giant blue mailbox in front of our post office. Rolling down my window, I stretched out like a giraffe reaching for a leafy dinner. Plop!

The envelopes fell in and disappeared. Just then, a lady who works at the post
office, who we have known for years, came strolling out with a large container
to collect the pile of mail.

But then I recalled that my appearance was slightly different from when I’d seen her last.

She neared the box—everything seemed like it was National Geographic slow. Not wanting to explain my whole story in my exhausted state, I scrambled, found my hat, and jammed it in an awkward way atop my head. Mom found an opening in the traffic, and we zoomed away. I felt like Mrs. James Bond.

I remember talking with my mom about the impending  loss of my hair when I was beginning cancer treatments. We both wondered how it would happen. I mean, would it all fall out at once? Would I wake up one morning with a huge “nest” on my pillow? Would it fall out in clumps here and there? As we imagined different circumstances, we would end up laughing until our bellies hurt. Never did we imagine what actually happened… and never, ever did we imagine it would be so funny that we would laugh about it for years to come!

From Grace: A Child’s Intimate Journey Through Cancer and Recovery:

Dad nearly collapsed , and his eyeballs bugged out from his head. I guess that was the first time he ever really noticed the progression, or shall I say regression, of my hair loss. What occurred was quite fascinating. I had expected for hair to fall out everywhere, leaving patches of hair and no hair until all was gone. But instead, my one-eighth-inch part grew wider and wider until a stripe of a little over an inch created almost a “freeway” on my head. Hmm . . . Route Baldo . . . kinda has a ring to it. Anyway, each attempt to brush my hair resulted in more lanes being added, my own personal “tax dollars” at work. I needed some cones to set out.

A bit further on in Grace:

The mirror was a visual aid in grasping the reality that I had just about as much hair as a naked mole rat. My male-pattern baldness was most prominent where my part once stood. From there on out, the forest became slightly thicker. The near crop circle on my head was disturbing, yet hilarious. The phases went from top to bottom, and looking into the future, I saw myself with almost a “curtain” of hair along the side of my head, but nothing on top. I laughed so hard that it hurt.

“Mom,” I shouted, still in a slur of giggles, “I’m gonna look like Ben Franklin!”

We laughed until our bellies hurt, our eyes were watering, and we were nearly
peeing in our pants. And then . . . we laughed some more.

As my crop circle continued widening to the extent of covering my entire head, I would gather the few strands into a tiny pony-tail on top of my head. My mom called me Cindy Lou Who… “who was not more than two!” 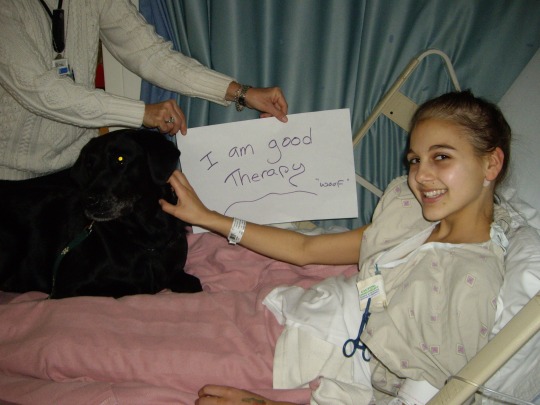 After this photo was taken, I returned home to the razor…

With Mom on one side and Nicholas on the other, we crawled down the hallway, as if preparing for launch. My hand grasped the metal hair buzzer on our bathroom counter. I was ready. With a “click,” I fired it up . . . all eyes watched my steady hand. As though using my own personal, mini-lawn mower, I executed a perfectly straight line from the center of my forehead to the crown of my head.

I paused. It was an epic moment, and I knew it . . . everyone did. The now free hair floated elegantly down to the waiting floor as I began to form a parallel row. Feeling the cool air on my bare head, I giggled. It was something virtually no one experiences, let alone a thirteen-year-old girl.

I followed the contour of my head. I had never really known what shape it was. The tiny, delicate hairs slid down the back of my shirt, making me itchy. Carefully, I formed a giant circle on the top of my head, trying hard to make it as even as possible. The circle grew larger, just as a crop circle mysteriously forms in cornfields at 3:00 a.m.

Suddenly, I stopped and stared at the stranger reflected back at me. I had purposely ceased midway to, truly, be the one I resembled. I was Ben Franklin. With only straggly hair running around the majority of my head’s circumference, I depicted the founding father perfectly! Laughter erupted, and I found a chuckle that squeezed shock, excitement, embarrassment, and joy right out of me.

I am thinking I should Bring Ben Back– even for a few moments on my shave day– this Saturday, March 30, at Oakland Children’s Hospital for St. Baldrick’s Foundation.

Cancer is no fun.

With less than a week to go until my Shave Day for St. Baldrick‘s  and pediatric cancer research, I want to share my feelings when I discovered I was going to be bald… the first time…

From Grace: A Child’s Intimate Journey Through Cancer and Recovery

This is what Dr. Dan spoke of. This is also the first time he used the word “chemotherapy,” his New Jersey accent giving it a unique sound. My heart, a hair-raising roller coaster, plummeted down and did a double loop before finally ascending to the top again. Suddenly, that “medicine” that “melted the mass” revealed its true identity. I was totally and completely taken aback. Me. Chemo. It was unreal, like a fairy tale . . . actually a nightmare.

I looked to my dad, his eyes seemed watery. Instantly, I could see it hit way too close to home. His dad, my grandpa, had received chemotherapy for a very rare blood disorder, but sadly, he passed away that June after a long, grueling battle. My dad’s face read, “Oh no, not my daughter, not her too.”

Breaking the silence, I asked, “Will I lose my hair?”
“Yes,” Dr. Dan confirmed.

Whoa. What a concept. I pictured myself resembling ET more than my own family. The positive, comedic side of me could not help but break through the layer of seriousness that coated me.

That brought a much-needed laugh to the dismal room, with Dr. Dan’s deep chuckle making me laugh uncontrollably. Once our momentary silliness ceased, we got back down to business. I had one more inquiry that was haunting my mind.

“Will I still be able to dance?” I questioned, my eyes donning a soul-twisting, puppy dog look.

The answer somewhat surprised me.

“For the most part, yes,” he replied. “We have a young man who played football through treatment.”

That’s all I wanted to know. I was set . . . content, a whole and complete person.

Imagining myself bald as a newborn, dancing in class, I wondered how the other girls would react. I pictured shocked faces the first time I returned to dance, no one being able to concentrate with me in the room. 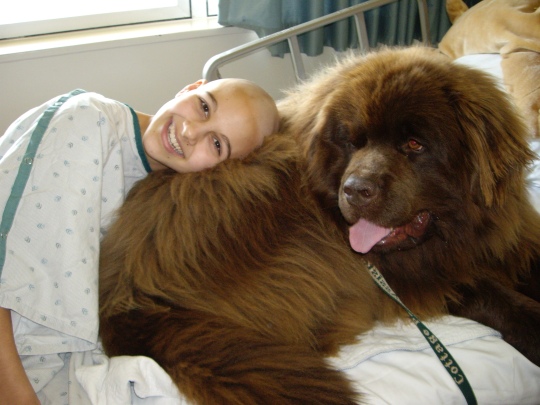 Thank you from my heart to each of you who has supported my efforts with your donations, your encouragement, and your kindness.

Beyond the Cure, Beyond those Dreams

“We serve as a financial, emotional, and educational resource for families that can’t make ends meet when their child is diagnosed with cancer. Since our inception, we’ve provided more than $57 million in direct financial assistance to more than 33,000 children nationwide, and we work closely with over 300 hospitals and pediatric oncology units throughout the US.”

There is no way I can count the times in these past months of my freshman year at Pepperdine that I look around, take in where I am, and then gasp– realizing how blessed I am. For anyone who has visited the campus, you know there are many long, steep staircases for students to navigate from one place to another– as Pepperdine is built into the Malibu hillside that looks out over the Pacific Ocean. There was a time, not so long ago, that I dreamed of being strong enough to just walk across my room. This not-so-distant memory creates a strong context for the world I now see around me. Being healthy enough to notice what is around me, being healthy enough to take part in the world around me, and being healthy enough to use my life to maybe help someone else’s is “Beyond” my wildest dreams of those days I was flattened on my bed.

Now, outside my dorm room, there is a view that… well… the vast, blue, expansive Pacific!  I love the students, dancers, professors, and the atmosphere here!  I love learning here. Before I began attending Pepperdine, I never even imagined a college where I would be able to combine my curiosity to learn Bio-Chemistry, my passionate desire to continue to DANCE, and my deep need to grow in my faith. I have all of that; I am so happy here I could scream… or cry… or both!

Without scholarships, my education at Pepperdine would be out of my reach. I am thankful to Pepperdine University, and also to one other organization that has helped me tremendously. The organization I am speaking of is the National Children’s Cancer Society and their Beyond the Cure Scholarship Program. I am very, very thankful to be a recipient of a 2013-2014 Beyond the Cure Scholarship.

I want to let my fellow student/cancer survivors know that the 2013-2014 Beyond the Cure Scholarship Program is now accepting applications. If you are younger than 25 and have been accepted to an accredited educational institution, and you are a childhood cancer survivor (diagnosed before age 18,) then I encourage you to apply.

Beyond the Cure Scholarship Information

I am sending this off with great love and respect for my fellow survivors of childhood cancer. May you receive all the help and support that you need to reach for your wildest dreams…

… and don’t be afraid to reach even further… “Beyond” those dreams!